Raphael has created arrangements of Ukrainian Christmas carols in four-part harmony for choirs of mixed voices: soprano, alto, tenor, and bass. The carols are harmonized in accordance with the practices of traditional, classical harmony and are printed in the style and form used by the publishers of church hymns.

Thirty-one of the more familiar carols have been printed in two separate volumes. The words and music in both volumes are the same. However, one volume has the words printed in the Ukrainian (cyrillic) script, while the other is a transliterated version, using the Roman (Latin) script.

Raphael would be willing to explain any aspect of the work he has done more fully to anyone interested in it. Some topics of interest might be: the sources of the carols, the criteria that guided my selection of the carols to work on, and the harmonies he employed. A proper presentation and explanation would require a suitable place, and a keyboard to demonstrate specific musical aspects with which we would deal. 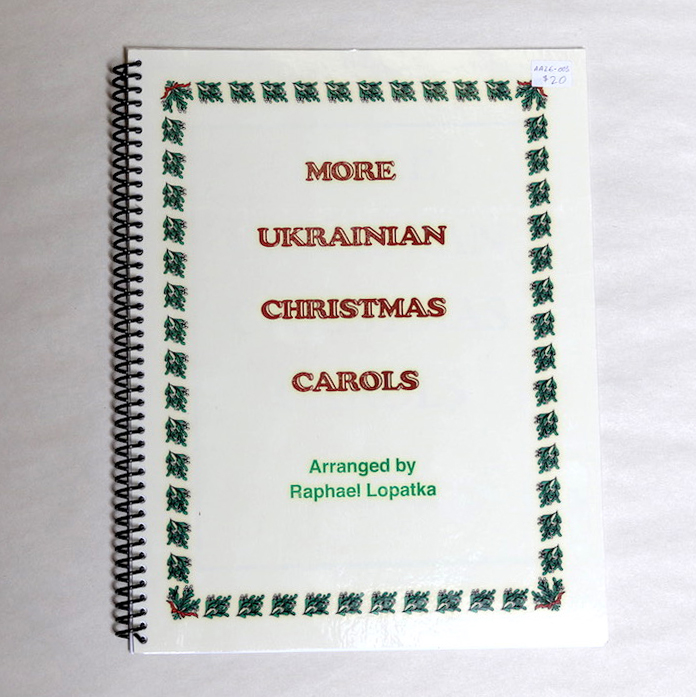