Classically trained in Eastern Europe, Oksana began her career as an artist in L’viv, Ukraine. Oksana entered the Ivan Trush College of Decorative Arts in 1996. There, she studied all aspects of art and decided to make painting, especially of murals, her major. In 2001, she held her first solo exhibition at the L’viv University of Ivan Franko. It was in preparing her works for this show that she realized she had a love for the medium of oil. She finds that the truest hues are to be found in this medium due to its prolonged drying time and its ease in mixing. She finds it best to begin her work, not on a crisp, blank canvas, but on one that has been coloured, and or stained to allow her chosen medium to release its inner beauty and charm. Although aptly able to capture any image with an artist’s eyes, Oksana’s work as of late has revolved around the theme of woman in various stages, poses, and emotions. She equates her disdain of starting on a blank canvas to that of simply painting woman as an exercise in figure. In her view, woman is neither crisp nor blank, but coloured and tinged; each being an image or an iconoclast that is warm, or perhaps cold, but always strong, alluring, full of mystique, and of course, true inner beauty. Her most recent works are displayed in Webster Gallery, Calgary. She currently resides in Edmonton. 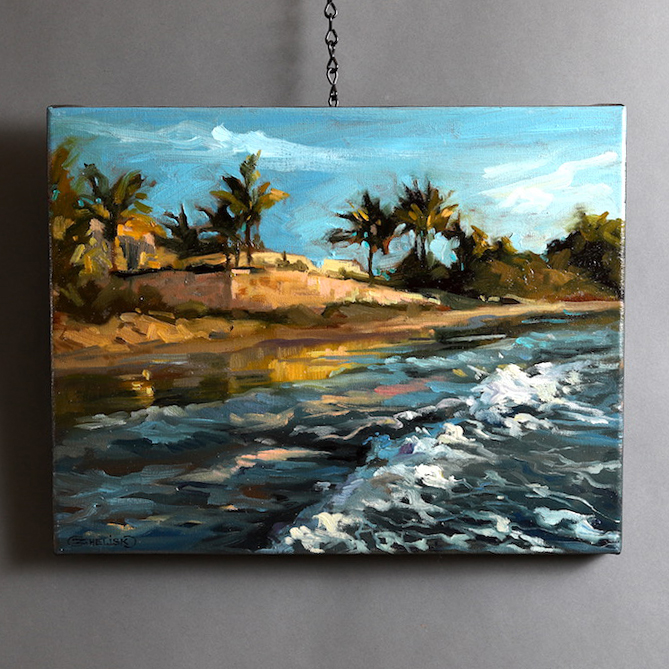