Born in Kyiv, Ukraine in 1968 Oksana Movchan had a passion for art at an early age. With the enthusiastic support of her parents Oksana focused her education on art (her father, Vitaly Movchan, is a successful artist still creating art in the Ukraine) enrolling in her first art school, The Republican School of Art in the Ukraine, at the age of 12. Thus began Oksana’s odyssey in art that eventually led her to the prestigious Ukrainian Academy of Art and a Doctorate from the Department of Printmaking.Oksana’s art reveals a strong relationship with the artists and lines which is evident in her etchings and foil on glass art works. Elegant and honest her art represent a powerful but fragile style. During her years at the Ukrainian Academy of Art she experimented with a number of techniques such as gravure, lithography and etching. Overtime she has gravitated to etching as here primary art form with forays into functional and abstract art. While pursuing her postgraduate studies, she was invited to Toronto, Canada for what turned out to be a very successful soloexhibition. During that visit Oksana decided in Canada. Soon after, Oksana was followed to Canada by Yana Movchan, her sister and an internationally recognized artist. Spending 7 years in Toronto before moving to Edmonton, Canada in 2004, Oksana has taken Canada to be her adopted homeSince her emigration to Canada Oksana has had many solo exhibitions including international exhibitions in Kyiv, Houston, and Hong-Kong. As well, Oksana has been awarded and recognized by two Ukrainian Presidents (L. Kravchuk & L. Kuchma), the Canada Art Council, the Ontario Art Council, and the Alberta Foundation For The Arts.During the past 5 years, and in addition to continuing to pursue her passion in etching Oksana began creating art on glass including functional art in the form of custom glass sinks. Working with a client collaboratively, she translates their thoughts into her images. Oksana clients include a number of prominent Canadian business clients as well as celebrity clients that include Kevin Lowe and Ryan Smyth. 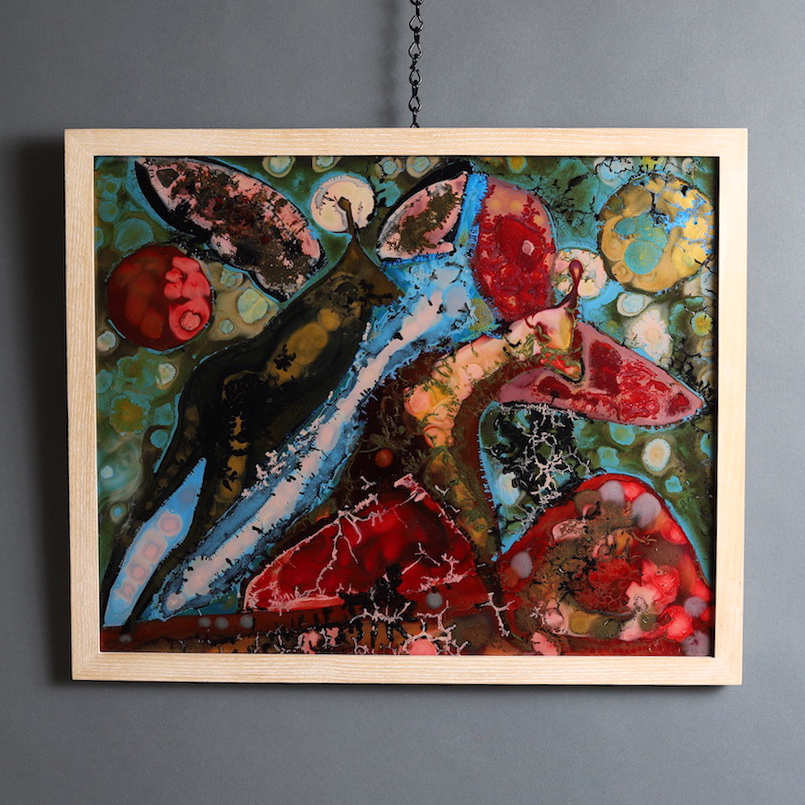