Marianna was born in Toronto of Ukrainian heritage, but currently lives and work in Hamilton Ontario. She attended University of Toronto and received a Bachelor of Arts. She also holds a Bachelor of Education from Queen’s University. Marianna has always painted and came to study Byzantine iconography in her late twenties.

Marianna’s first attempt at representing an image of the Tenderness icon was done with pencil crayon in 1988 on the occasion of the millennium commemorating the Baptism of Ukraine. Next came her first painted rendition and following that she began to study annually at iconography workshops. Her ten-year apprenticeship with Studite monk, Fr. Juvenile Mokritsky, was probably the most influential experience she had working side by side and experiencing the tradition as it is known to be passed down from one hand to another. It was during those years that Marianna was able to complete the iconostasis at St. Vladimir’s church in Red Deer, Alberta, under his guidance.

Other icons such as Blessed Martyr Vasyl Velychkovsky located at the Shrine dedicated to him at St. Joseph’s church in Winnipeg, Manitoba, as well as Saint Andre Bessette found in J. H. Picard, Edmonton Catholic schools, are among some of the public commissions. Marianna has done various icons for private devotion as well as one of the Angel with Golden Hair for the permanent collection of the Canadian Museum of Civilization in Gatineau, Quebec.

In 1995, Marianna designed an iconography workshop that she taught as an instructor for the Artist in Residency program in Edmonton, Alberta, as well as iconography retreats for adults held in various cities across Canada.

In 2007-2010, Marianna collaborated with a group of iconographers and worked on projects that were commissions for churches in Bologna, Italy. Through this work she was included as one of the six iconographers in the newly published book, Visible Invisible – Contemporary icons written in Italy.

In 2012, Marianna completed seven icons for Ss. Peter & Paul in Saskatoon, SK, which were blessed by His Beatitude Patriarch Sviatoslav Shevchuk during his visit. 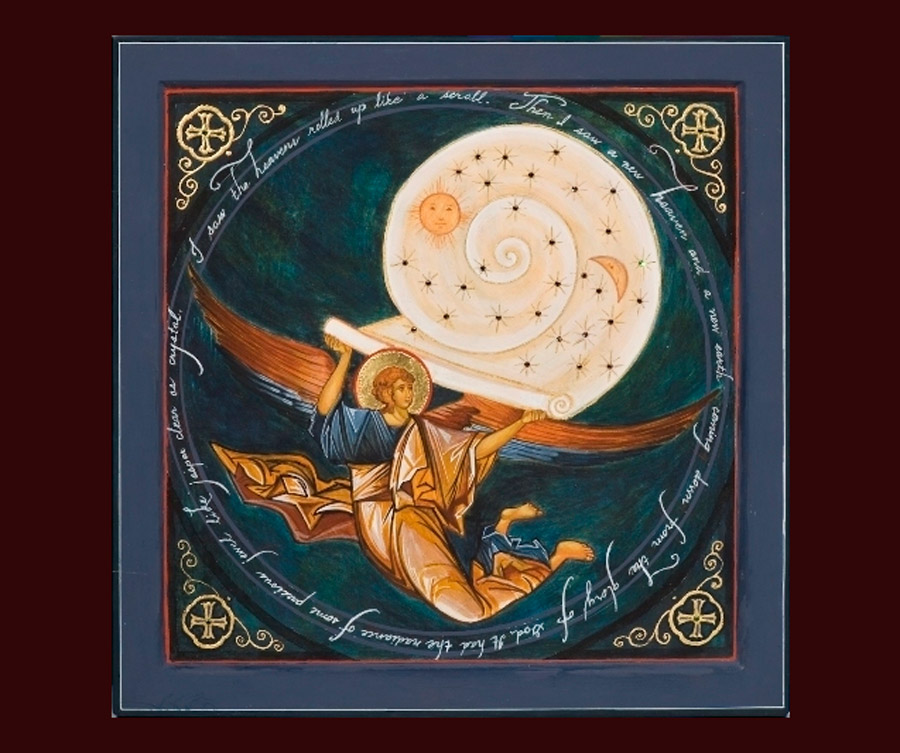