As recent as spring 2016 the musicians in Marango Pie had no idea that they would be playing together in a Ukrainian/Gypsy band. It started with the Pigeon Lake area trio of Ernie Miciak (mandolin), Trevor Payne (guitar) and Robert Kochan (flutes, whistles, drymba, percussion). To expand the sound, old friends and musical cohorts Andrew Hamilton (bass) and Will Gibson (drums) joined. Then came Scandakrainian accordionist neighbour Edwin Erickson who added his magic to the mix. The newest member is fiddle whiz Rachel Melenka.

While Rachel, Robert and Ernie grew up with Ukrainian music and tradition as part of their DNA, Trevor, Andrew, Will and Edwin’s only connection to Ukraine were perogies. From Safeway! But to be fair, Edwin has been an in demand accordionist since childhood and you don’t grow up in the Drayton Valley area without playing a few Ukrainian weddings. As for Will, he grew up pounding out polkas, waltzes and country tunes in his father’s popular Reg Gibson Band back in the day. And Andy? They lured him out of the blues cans of Alberta. But more than a blues player, Andy is equally at home in any genre. He not only provides the underpinning to the melodies but also some of the most creative bass playing you are ever likely to hear.

Rachel is no stranger to the Ukrainian music genre and festival stages. She has been wowing audiences with her fiddle prowess since she was five. Most recently Ernie played in a roots music band with neighbours, Trevor and Robert, both talented singer/songwriters, before convincing them that Ukrainian music was where it’s at! They are both brilliant instrumentalists as you will see and hear.

The name Marango Pie is a tribute to Ernie’s Uncle Joe Tkachyk’s traditional Ukrainian band ‘The Marangos’ that played for years throughout north eastern Alberta and Edmonton. A Marango is a Ukrainian colloquialism for a gypsy troubadour (or maybe a party animal!). Some of The Marangos original tunes are in the Marango Pie repertoire. 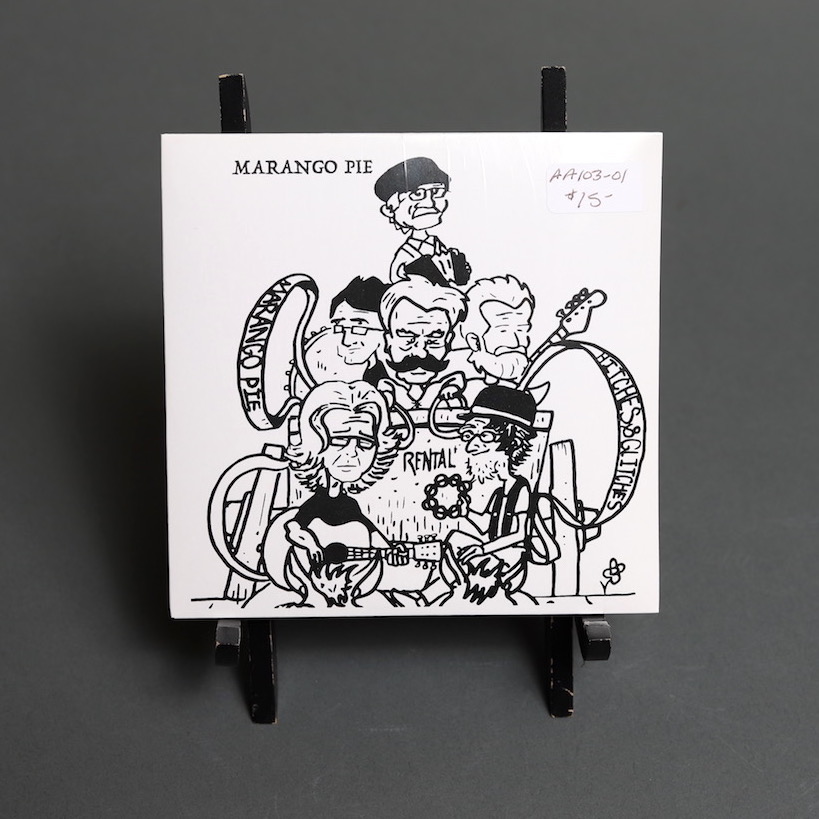