Irene has been wheat weaving since 1985. About 28 years ago, Irene was inspired by her father, who told her than in Ukraine, he could weave enough straw in a day for his uncle to make a hat. Irene’s first project was 100 napkin rings for her parents’ wedding anniversary, and things took off from there. Irene finds spiritual inspiration in her weaving, in that the kernel of wheat looks dormant but bears abundantly if planted in good soil. She especially likes to weave hearts and crosses, and her passion is weaving with very fine straw that no one else wants to tackle. Irene has a keen interest in crafts and has tried 50 different kinds of crafts over the years. She now mostly focuses on wheat weaving and egg writing.

Irene is a member of the North American Wheat Weavers’ Association and has studied with master weaver Brigit Wildenhoff. Irene also teaches wheat weaving workshops to both adults and children. Her weavings are well known throughout the Edmonton area and beyond. Popular items are wreaths, hearts, crosses, kolach wreaths, as well as favours for weddings and anniversaries. 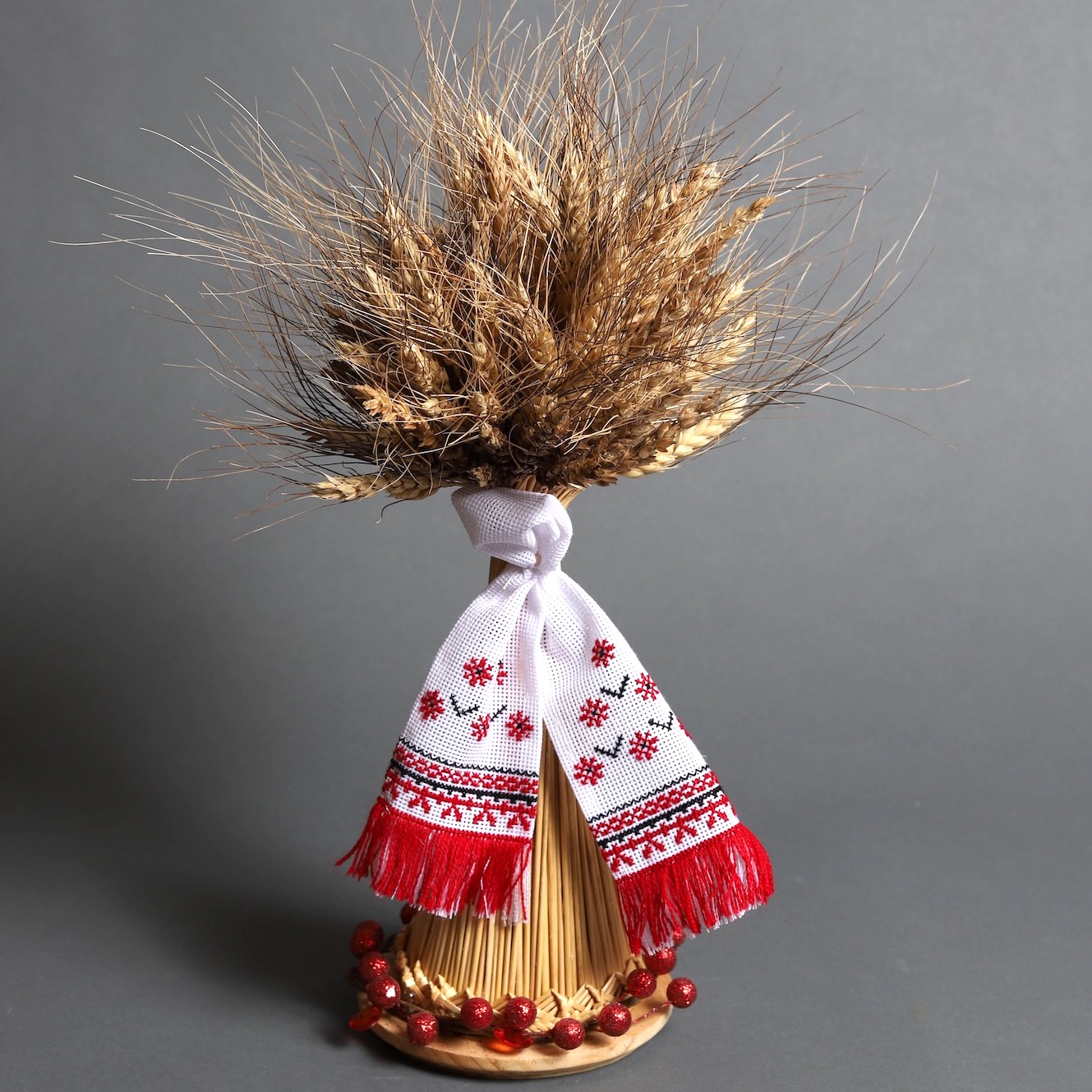