Halyna Koszarycz was born in Ukraine. She lived in Venezuela prior to coming to Montreal in 1965, where she completed her Bachelor of Fine Arts degree at Concordia University, specializing in Studio Art. She paints in what she describes as a “modern figurative fragmentation style,” in which the division of the canvas is related to the theme of the painting. Since 1966, Mrs. Koszarycz has participated in over 40 group exhibitions in the USA and Canada and has had 16 one person shows across Canada. Halyna Koszarycz’s works are on permanent display at the Ukrainian Canadian Archives and Museum in Edmonton, in the Ukrainian Museum of Canada in Saskatoon and at the University of Alberta Hospital in Edmonton. In 1988, one of her paintings was purchased by the Government of Canada for the Museum of Civilization in Ottawa. Her works are also in private collections in Montreal, Ottawa, Toronto, Edmonton and other cities in Canada and the USA. In addition to her artistic endeavours in painting, Mrs. Koszarycz illustrates children’s books. 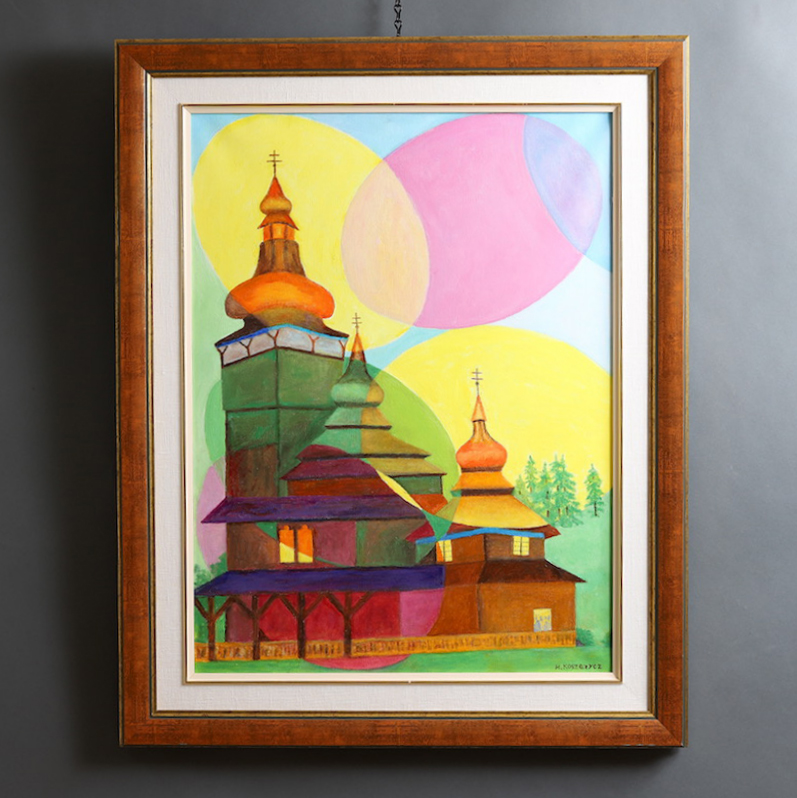