Sixty years ago, Roman Soltykewych and a group of fellow devotees of Ukrainian choral music founded the Dnipro Male Chorus whose primary concern was to promote and perpetuate the finest elements of Ukrainian choral music. In 1971, Dnipro became a mixed choir, and in 1974, with the addition of an orchestra and dance troupe, the mixed choir became the Ukrainian Dnipro Ensemble of Edmonton. Over four hundred Edmontonians have been members of this choir throughout its history.

The current generation of Dnipro Choir expanded upon the original mandate of promotion and preservation by commissioning new works and performing widely. Under the direction of Maria Dytyniak, who assumed the baton in 1976, the choir pursued an increasingly ambitious course which included annual concerts, countless community appearances, fundraising activities, vocal workshops, the staging of full-scale operas, international tours, numerous collaborative performances with the Edmonton Symphony Orchestra, and the privilege of a 19-year-long artistic relationship with Maestro Wolodymyr Kolesnyk, the former conductor and artistic director of the Kyiv State Opera and Ballet Theatre.

In 2011, Irena Szmihelsky became Dnipro Choir’s third conductor. She has continued the outstanding work of the choir, recently collaborating with Ottawa’s Maestro Laurence Ewashko in the form of a series of choral workshops. Together with Gloria Zaharia, assistant conductor, and Irena Tarnawsky, long-time Dnipro Choir accompanist and collaborative pianist, Irena Szmihelsky has planned a uniquely exciting all-Canadian repertoire for the choir’s celebratory 60th Anniversary concert on June 29, 2014. 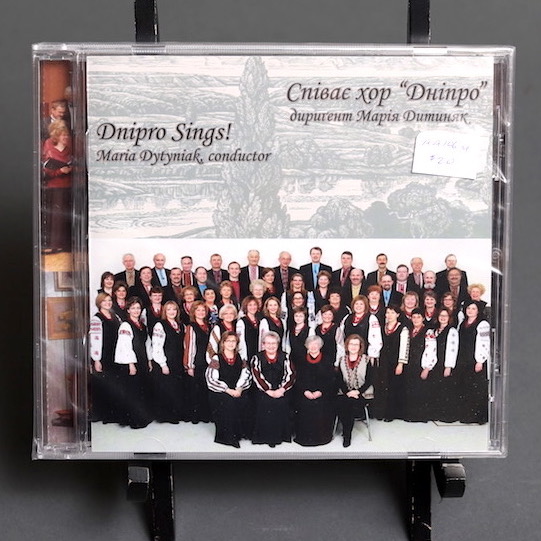