Natalka Evanishen was born Natalka Hawrysh in 1912 near Hafford, Saskatchewan. Her mother, Efymia Kinash, had immigrated to Canada in 1893 and her father, Ivan Hawrysh, came ten years later. They farmed south of Hafford, presently the only town in Canada with Ukrainian on the street signs.

Natalka owned and operated the Music and Book Store in Meadow Lake, Saskatchewan for many years, so she was well-acquainted with books and the business of books.

In 1994 Natalka’s son Danny began publishing books of Ukrainian folk tales and humorous pioneer stories in English. Her husband John translated many of the tales into English, and her daughter Johanne created some of the artwork in the books. Natalka decided she wanted to do something to help, and since she was such a good cook, a cookbook was the obvious choice. It took a couple of years to put together the material from the people who shared their recipes with her, but eventually it appeared, a history of her life in recipes, stories and photographs.

One story that wasn’t in her cookbook was about the time she was visiting her sister Sophie in Vancouver. Natalka said she was going to cook supper, and she closed the door to the kitchen and began banging pots and pans and dishes. Sophie was at the door asking what was going on in there, and then the doorbell rang. It was Natalka’s supper arriving: Chinese food delivery! 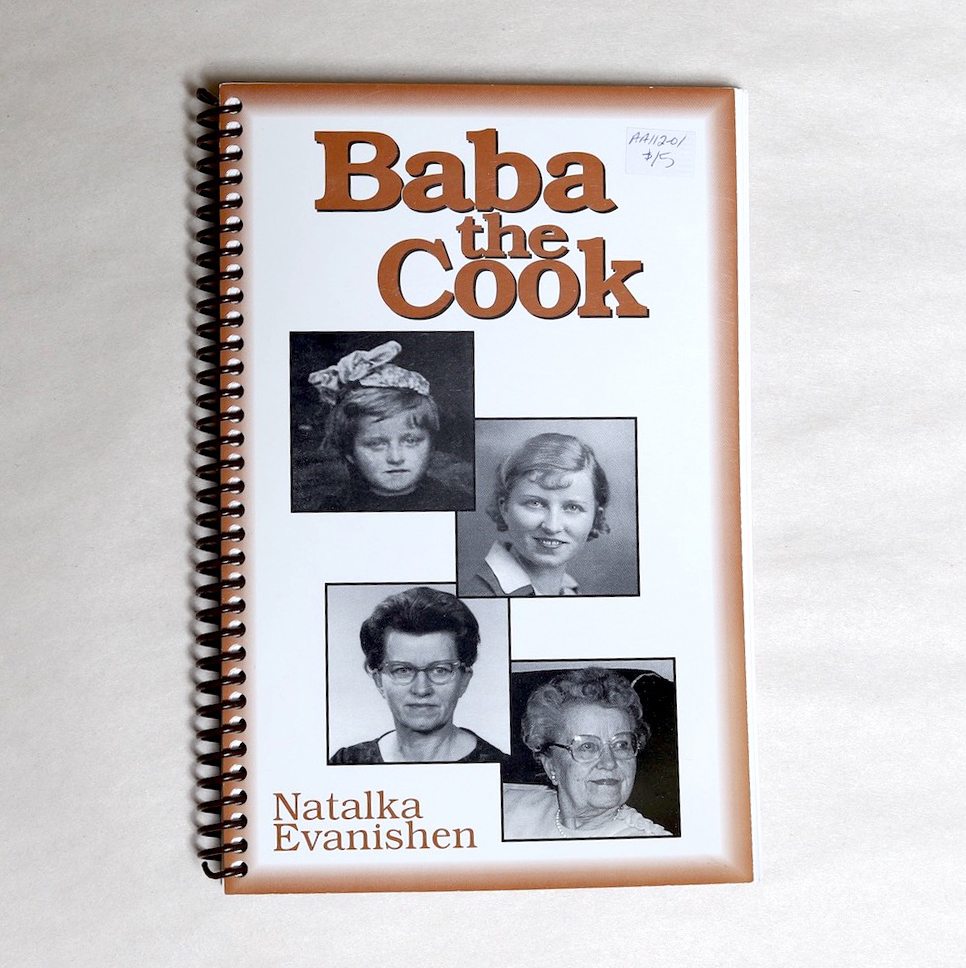